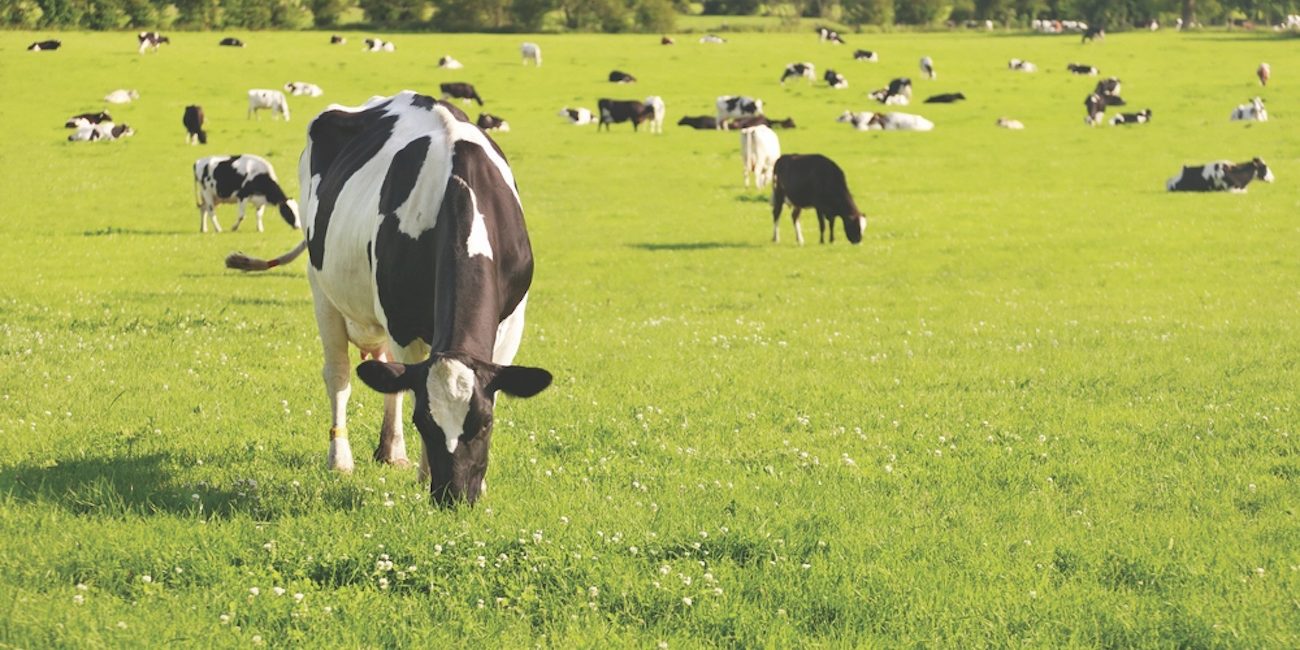 Three “fantastic” dairy operations have been visited by the independent assessors appointed by AgriScot to find Scotland’s dairy farm of the year 2019.

This year, all 3 farms – now finalists in the running for the award – are located in the same part of the country, the renowned dairying heartland of Dumfries & Galloway.

Baltier Farm, Whithorn, Newton Stewart, where the third generation of the Forsyth family now milk their 580 cow herd of high yielding Holsteins 3 times per day, is vying for the award alongside  Drum Farm, Beeswing, Dumfries – the 2012 award recipient – farmed by the Harvey family, and Ernespie, Castle Douglas where David McMiken milks a herd of 290 cows in partnership with his parents.

This year, 2019, marks the 25th anniversary of AgriScot, since its inaugural year as DairyScot in 1994.

To mark the occasion, the first 2 chairmen of the event, Alex Brown and Robin Young, were appointed as joint independent assessors for the Scottish Dairy Farm of the Year award.

Speaking after his visits to the 3 farms, Robin Young, chairman of AgriScot from 2001 to 2009 commented:

“I am delighted by how the Scottish Dairy Farm of the Year award has grown in prestige since its introduction a decade ago in my final year as AgriScot Chairman.”

“Being invited to assess the 2019 award was a real honour.”

“Having now visited the 3 shortlisted businesses, I can also say that it was a very real pleasure and a privilege to visit and spend time on such well-run farms and in the company of expert dairy farmers.”

“There were an encouraging number of farms forward for the award this year and myself and my co-assessor Alex Brown, had to consider very carefully the entries received before shortlisting the 3 for visits.”

“My message to those not shortlisted, and I believe it echoes the words of AgriScot Chairman, Robert Neill, across all of the various awards is, don’t be disheartened, we would love to see you forward again in future years.”

“The 2019 crop of finalists are each fantastic farms in their own right, each of them ticks all the right boxes as forward-thinking ambassadors for our industry and it is going to be a tough job to decide where the award should go.”

Willie Cuthbertson of IceRobotics, who sponsor the award under their CowAlert brand, commented:

“I really look forward to the 20th of November, when the 3 finalists will be presented with their certificates as part of the farm of the year awards ceremony at AgriScot and, I’m sure, ultimately, we all cannot wait to hear which of them will be crowned as Scottish Dairy Farm of the Year.”

“Good luck to each of them, and best wishes to the assessors for their tough decision.”